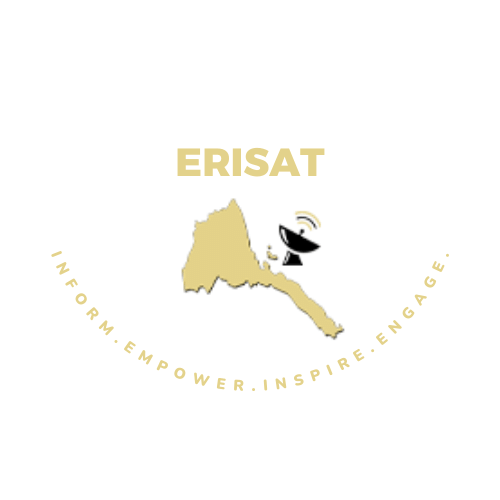 On October 19th, 2021, Breakthrough News published a video discussing how Eritrea has been “demonized by the west.” After watching the video, I believe that as an Eritrean, I have a moral obligation to share my thoughts of that video. My thoughts are in no way to attack the two people featured in the video, and they do not reflect the views of my colleague(s) at ERISat.

First things first, I believe that celebrating developments in the country is perfectly okay, regardless of what political spectrum you are on. Just because you celebrate the development of healthcare or the start of creating drinkable water for the people does not mean you support the government with all your heart. There are more things you would have to do to show loyalty to a regime.

The people featured in the video, Eugene Puryear and Rania Khalek, represent a newsgroup that takes a stance against US/Western Imperialism. As a person that does the same as well, that is perfectly fine. However, there comes a problem when you try to use little development happening in a country to cover up the problems and the grim reality of a nation that needs dire reforms in order to make big steps to step out of poverty and corruption.

It is great to hear that Eritrea is improving with the water situation and how it performs better in healthcare and literacy compared to other countries that have been subjected to US imperialism, but that doesn’t negate the fact that Eritrea is

Eugene did make somewhat of an effort to acknowledge there are problems in Eritrea, but after watching the video, I do not think he understands the magnitude of those problems, let alone not knowing there is other major problems he has swept under the rug. The points I have listed is just a droplet of the ocean of the problems Eritrea needs to tackle to renounce their status of being a country in poverty, and to recover from it will take years, if not decades. Countless of scholar Eritreans, who have the potential to build Eritrea into the next Singapore or Dubai of East Africa, has been left with no other choice but to flee the country and settle in exile permanently.

Once again, it is okay to defend the state from western aggression, but in no way shape or form is it okay to ignore the problems that the state has incubated in their borders, sweep it under a rug, or even justify it, which I have witnessed pro-Abiy and pro-Isaias elements do when it comes to Eritrea’s government. My message to Eugene, Rania, and anyone working at Breakthrough News – please take your time to do more research about Eritrea and don’t just consult pro-government supporters from Eritrea, but those who do not support the government in an ethical way, and try to ask more questions.